TheCrossFitShoes is reader-supported. When you buy through links on our site, we may earn an affiliate commission.

ASICS GT 1000 5 and ASICS GT 2000 5 come from the same category of mid-priced stability running shoes for pronating runners. They’re both meant to give a moderate amount of stability, support, and cushioning for long-distance runs.

Don’t get confused by the name of the GT 2000 5 – it’s not only the 5th year of this line’s existence. The concept of this runner took after the legendary GT 2160, and this series has been growing and developing since 1993.

As for the GT 1000 5, it’s a more affordable version of the GT 2000 5. They don’t differ in terms of comfort, stability, cushioning, and longevity dramatically; one of their most distinctive features is the material used for the midsole, upper, and outsole.

Starving for more detail? Scroll down as our team has been working hard to detect every single difference and fairly compare ASICS GT 1000 5 and 2000 5. 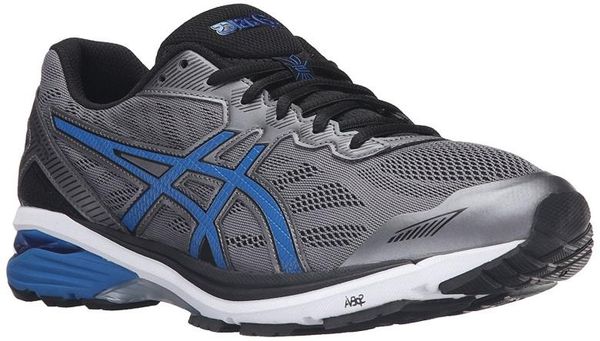 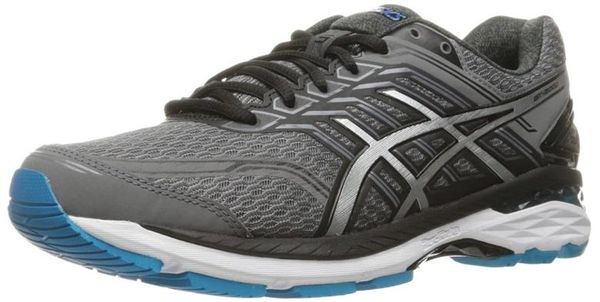 The external design of both ASICS GT 100 5 and GT 2000 5 is completely aimed to provide overpronating runners with maximum support and comfort, so it can’t be described as distinctive or visually-appealing. It’s simple and classic, however represented in a rather wide choice of colorways.

Despite the construction is similar, the mesh used on the upper of the GT 1000 5 and GT 2000 5 differs: the first shoe’s upper material has such a structure that reduces the need of extra overlays, thus there are not any on its toe box (unlike in the ASICS GT 2000 5). Also, the GT 2000 5 has a visible external heel counter.

While the GT 2000 5 boasts with new no-sew overlays that look so sleek, the GT 1000 5 sticks to traditional stitched-on overlays, which are more supportive and durable but their look is less stylish.

Construction and layout of both outsoles look quite the same: with the DuraSponge blown rubber in critical areas for good traction and durability, and vertical Guidance Line for a better transition from landing to take off, both models offer the proper amount of traction, comfort, and flexibility.

The interior of ASICS GT 1000 5 and 2000 5 has adequate volume to accommodate different kinds of orthotics, however, they feature standard responsive foam and ConforDry insoles respectively. 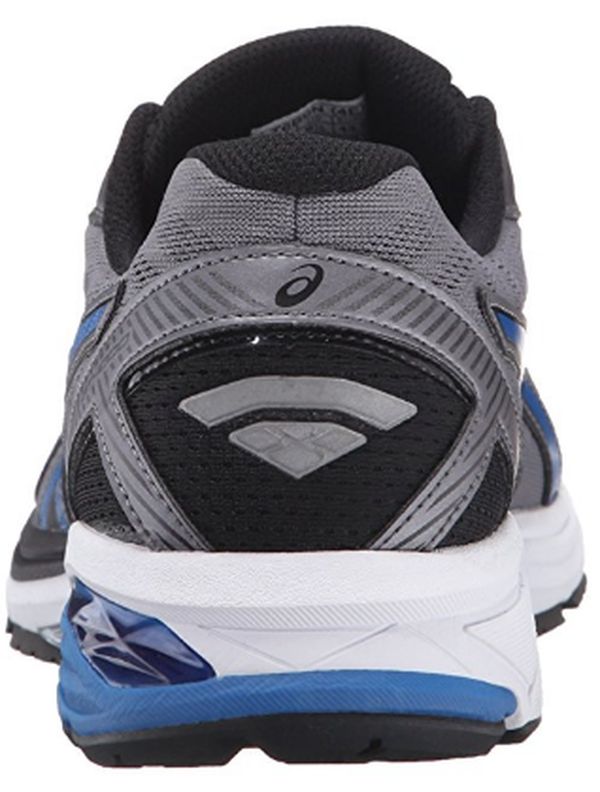 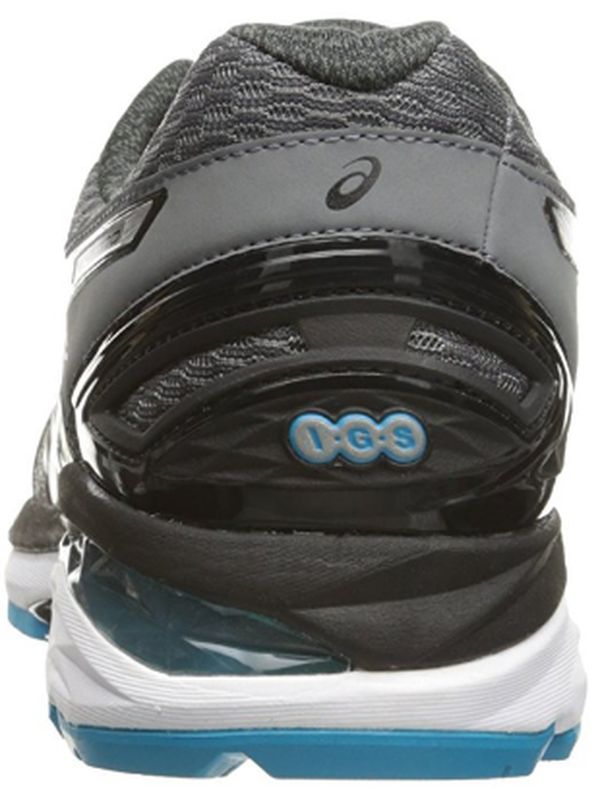 The midsoles of the ASICS GT 1000 5 and GT 2000 5 partially differ in construction and materials used. The only common feature is the visible forefoot and rearfoot GEL cushioning pads.

Talking about the main foam unit, in the GT 1000 5, you’ll find standard SpEVA foam, which features lightweight, durability, and high responsiveness. The cushioning technology of the GT 2000 5 is more updated: it’s gender-specific, exclusive SpEVA stands on top of the Solyte foam, and the FluidRide technology improves the shock attenuation too.

10 mm heel-to-toe drop is another common feature of the ASICS GT 1000 5 and 2000 5. It’s optimal to guarantee smooth and comfy transition through the gait cycle. 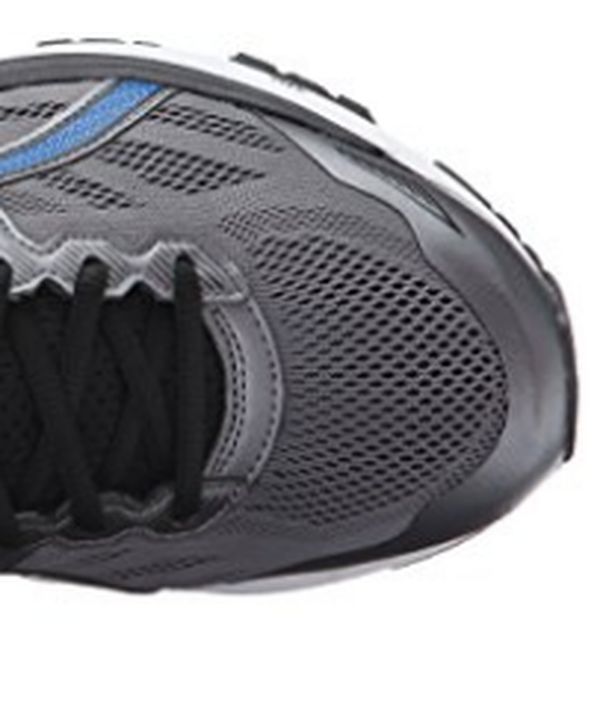 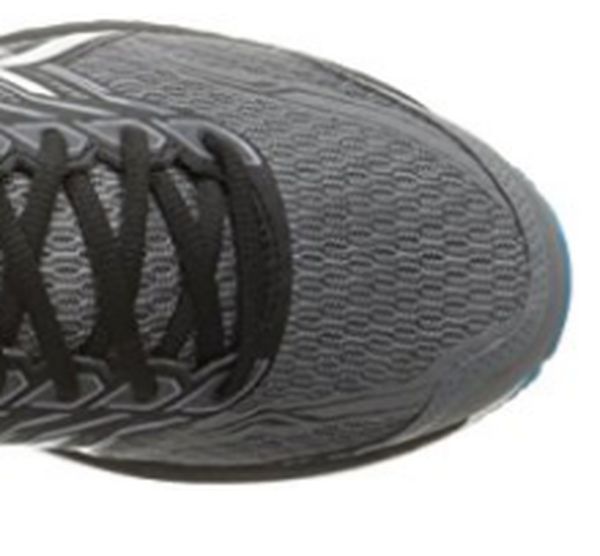 However, the ASICS GT 2000 5 wins a point thanks to its gender-specific cushioning system, which accommodates specific needs of males and females.

Both lines have been updated a lot to be maximally comfortable for overpronating runners (the toe box was given more room, while fit in the midfoot and heel is left adjustable and glove-like), yet they need a short break-in period anyway.

Nonetheless, ASICS GT 2000 5 is considered to be a step forward in terms of ability to reduce irritation without sacrificing support at the same time.

The deep vertical flex groove enhances transitions and helps with the flexibility of both GT 1000 5 and 2000 5. Upper construction also allows for free multidirectional movement in these running shoes.

While the ASICS GT-1000 5 uses good old stitched-on overlays throughout the upper, the GT 2000 5 reduces the area covered with new no-sew overlays and adds a supportive external heel counter.

Thus, both models offer a similar amount of safety and support, in spite of their small upper construction differences.

High-quality materials used for the upper, midsole, and rubber under the ASICS GT 2000 5 and GT 1000 5 benefits the durability of these running shoes, making them incredibly durable. The company guarantees up to 1000 miles of safe running experience in these shoes, while some runners did up to 2500-3000 miles in these legendary stability running shoes from ASICS.

Summing up, if you’re looking for a high-quality stability running shoes for overpronating feet ASICS GT 1000 5 and 2000 5 are both great picks for you. Their construction and external design are very similar with several non-distinctive differences:

We’ve been debating a lot before giving our final verdict, as it’s really a tough choice, but most of our team opts for ASICS GT 2000 5. Yet, no one can deny the fact the ASICS GT 1000 5 is a really great shoe for long-distance running too. You may think you wont be a long distance runner, but given the current pandemic lockdown orders there is not much else to do. 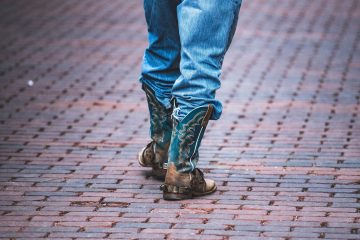 Can You Wear Cowboy Boots with a Suit? Different Ways to Do It Right 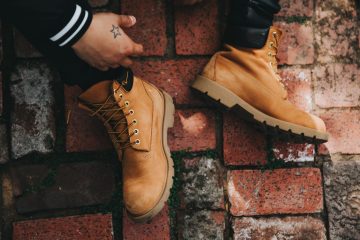 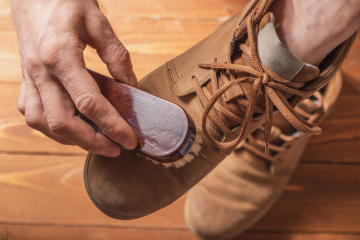 How to Clean Nubuck Leather Boots in 6 Simple Steps 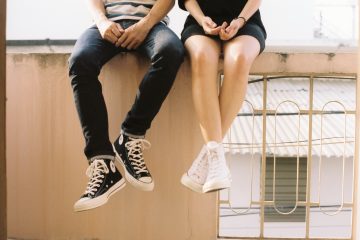 The Complete Guide: Difference Between Shoes and Sneakers 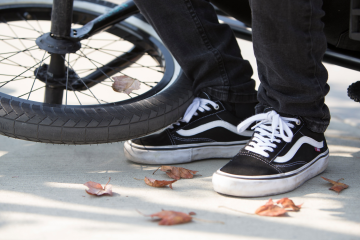 What Does OS Mean in Size and What is OS Sizing?